Join us as we partner in prayer & extend helping hands
to our fellow brothers & sisters in the name of Christ.

How we can help — Pray for our new friends! Pray for:

Do you know a craft or skill that you could use to make a special gift for us to include (such as sewing, knitting, crochetwork, etc.)?

These are just suggestions! Let us know if you have an idea of something you’d like to make for our special friends. (Keep in mind that flat or
lightweight objects will be easiest & least expensive to mail.)
Perhaps you are in the position to help financially?

We will need to cover the postage of mailing a package to
Uganda, which can be very costly.

Other ways to help financially:

Can you purchase or donate: 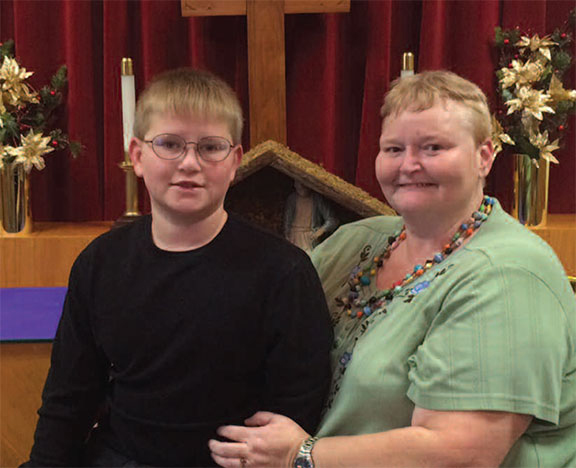 Caleb and I go to the United Methodist Church in Mingo where I am the children’s music director which includes puppets, dancing, AND singing. This past year, I was on a technology committee and we got board approval to purchase a projection system and computer. I now create the weekly PowerPoint presentations for the service and hope to form a team of people who can enrich this ministry as these youngsters know more about PowerPoint and presentations than I do—even though I’m learning week by week.

This is where my “talk the talk” becomes “walk the walk.” A few years ago, I decided I wanted to do something to help a mission in Ethiopia affiliated with the adoption agency I used with Caleb – Christian World Adoption. However, I found out that Christian World Adoption went bankrupt, as did their mission. In searching the internet, I found another mission, Blessman Ministries, based in Des Moines which was formed by Dr. Jim Blessman, a Des Moines doctor, who has created a mission compound in Limpopo, South Africa. So I began to think about going to South Africa but became scared because even though Dr. Blessman said it was safe (I spoke with him in person at the Iowa State Fair), I was worried that the unexpected might happen and I would leave Caleb an orphan again—I just couldn’t do that.

Then God worked in another mysterious way. Two years ago, our church participated in Operation Christmas Child, a Franklin Graham’s Samaritan’s Purse mission. Two of the children’s boxes arrived in Iganga, Uganda. As suggested by Operation Christmas Child, we put our name and address in the boxes, hoping that they might reply. Guess what – they did! The boxes were received by children in the Faith Power Assembly and Mission Harvest School led by Pastor Perezi and Florence Were. The children and Florence wrote back to our Sunday School leader and we became pen pals. We also began sending them donations, as well as receiving many emails on personal levels.

The spirit then began to move me into wanting to help this specific group in their Christian mission. I talked about wanting to go to Uganda but would never take the first step because I was too fat. I kept saying, “when I lose XX# of pounds, I will make this trip.” But, this dream is becoming a reality.

Our Sunday School leader and our Missions Coordinator at church have spurred on this dream by helping me with fundraising. And now Caleb is old enough to go with me, too. When I asked him, he replied with an emphatic “YES!” but then asked, “how will I charge my smart phone?” This trip will be good for him to show him how to be thankful for everything God has given to us.

I plan on visiting several other mission opportunities in Uganda. For example, our church did a Sunday mission project for Sole Hope—they provide medical treatment and shoes for those afflicted by the sand fleas (www.solehope.org). Another would be “Beads for Life” that teach women the skill of making paper beads into jewelry (www.beadforlife.org), and, of course, Faith Power Assembly and Mission Harvest School. I will also have an opportunity to do evangelism work with two American mission people in Tororo, Uganda.

My personal mission is to deliver and teach about reusable menstruation pads. I found another organization called Days for Girls (www.daysforgirls.org) which described how girls must stay home from school during their cycle because they don’t have the education or necessities to control their flow. Because they have to stay home from school, a girl may miss up to 2 months of school each year—putting them behind in their learning which then leads to dropping out which, in some cases, leads to early marriage and family or even prostitution to earn money for their families. I think back to my first cycle and how easy we have life here. I plan on delivering 100 kits which include 3 shields, 10 liners, and a pretty bag. In Uganda, I will purchase underwear and soap to complete the kits. I have already made 30 kits to date, using my sewing gift from God.

So, I am now planning a trip for late June of 2016 and I am looking for sponsors. I hope that you will be moved to help me. You can send a donation to the Mingo United Methodist Church at my address—this could be used as a charitable donation. I have also set up a GoFundMe page called “Jeri and Caleb for Uganda.” Also, check out my Facebook page “Jeri and Caleb for Uganda” to follow my progress. I am also planning a variety of fundraisers, so watch Facebook for more information on these. I am also excited to share my experiences with you when we return.

I deeply appreciate your generosity and willingness to support me through donations and prayer. I hope this letter explains my dream and that you can help make what God has put in my heart a reality.

Help Support Jeri by coming to her fundraiser!